Kennecott Ready To Wash Its Hands of Oquirrh Lake On the west side of Bangerter Highway and 11400 South sits a beautiful and serene lake, Oquirrh Lake. People from all over the valley come to refresh themselves with a walk, a bike ride, or to simply sit near the banks of the South Jordan lake to fish or watch the sun set.
But South Jordan residents may not know that the 85-acre lake and property that surrounds it fall under the ownership of Kennecott Land Company.
Years ago, when Kennecott began developing Daybreak and Oquirrh Lake, an agreement was signed between the company and the city (on July 9, 2007) which would give the city an opportunity to invest in the much-prized piece of land—25 percent of the 4,157 acres.  The master development agreement required the city to take ownership of the lake, “no earlier than five years.” 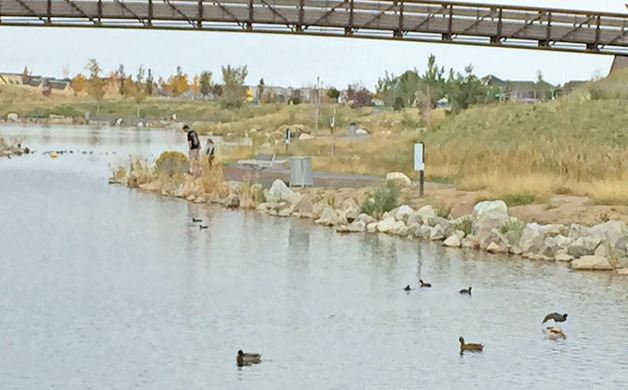 At a Sept. 30 city council work session, preliminary talks about the transfer began. Rulon Dutson, Kennecott’s manager for community planning, urged the mayor and council members to dive in with ideas for the lake’s future.
South Jordan Strategic Services Director Don Tingey laid out a conceptual plan for the city to take control of the pristine land.
When asked why the transfer is happening now and not earlier, Dutson replied that Kennecott was waiting for the Daybreak community to see more development.
“We are still working on getting more homes in there,” he said.  “And we’ve been sort of dragging our feet for the last two and a half years.”
Tingey agreed. “This is the right time to do this. I was looking at this meeting as a chance for the mayor and city council to give me some sort of direction, and they did,” he said. 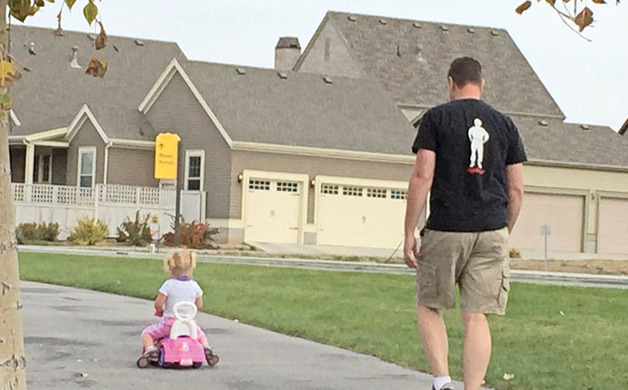 At the meeting, a long discussion ensued amid apprehension and excitement from the mayor and council members, specifically about costs.  However, Dutson maintained that the transfer would be completed only in a mutually agreed-upon manner.
“I don’t see this as a liability; I see this as an opportunity for you,” he said.
Councilmember Steve Barnes asked about the ownership and the cost of the water for the lake.
Councilmember Chris Rogers brought up the liability issues of owning a lake and the costs of maintenance.
“We need to look at the impact on our current staff and at different expenses,” Rogers said. “We also need to look at liability issues and how it affects insurance coverage and rates.”
As questions were brought up by the mayor and council members, Tingey told them that this first step must be done, due to the legal contract between the city and Kennecott.
“Remember, that the city has contractually agreed to take over the lake.”
He said that Daybreak has now matured into a fully developed area, which is the main reason for pursuing the land transfer.
He provided the council with projected numbers for the cost of maintaining the lake, which could be as much as $595,000 a year. The water used for the lake would continue to be purchased by the Daybreak Secondary Water Company. But Tingey sees the future of the lake as being sustainable by managing the storm water basins differently and using low-water plants.
“I realize that the cost here is the big elephant in the room,” he said. “We need to try to come up with a solution to paying for this without raising our tax base. The cost of the transfer itself will be little to no cost at all.”
Fred Philpot, Lewis Young Robertson & Burningham, Inc. senior analyst, who has been hired by the city, offered a possible solution for keeping costs down by creating a special services district to pay for the fees involved in maintaining the lake. The district would cover public and for private usage of the lake, such as renting space for family reunions, weddings and picnics.
“The SSD could be created, and under its own system, be used specifically for all of South Jordan’s parks and rec.s,” he said. “It could include the city cemetery, current city parks, Mulligan’s, the senior and recreation centers. Or you could keep those parcels under the umbrella of the city; it’s up to you.”
Tingey’s Power Point presentation to the council reiterated that a SSD would, “create efficiency in budgeting and service delivery, i.e., the tax rate and/or fees collected by the SSD would only be for parks and recreation.”
However, preliminary projections indicated that including all park and recreation services currently being provided by the city, in addition to operating Oquirrh Lake, would cost approximately $273 annually or $22.77 per month on a home valued at $300,000.
“The operation and maintenance of the lake comprise about $2 of the $22.77,” he said.
The city would have to hold public hearings to allow the public to voice their views on creating a special service district board, whether by appointment or by holding an election for prospective board members.
Councilmember Chuck Newton pressed Dutson for a projected completion date of the transfer.
However, the only time frame Dutson could offer was, “2015.”
Tingey said that there will be a more refined takeover plan in the first quarter of next year.
City leaders and the city council body now must roll up their sleeves and agree upon a checklist of issues they must address in order to make the land transfer happen.
News